What are the Warning signs of obsessive-compulsive disorder 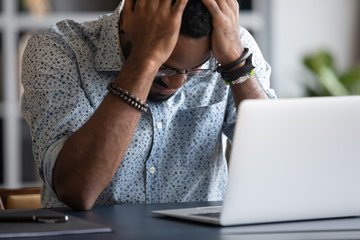 All people have obsessions and hobbies. Wash your hands a lot, check if the house door has been closed, order the rooms a certain way, and be fixated on specific numbers. It is something normal and even consubstantial to the human being. But when these small -or big- manias begin to alter the life and well-being of those who suffer from them, it could be an obsessive-compulsive disorder (OCD).

Where is the border? How do you distinguish a simple obsession or mania without transcendence from an OCD? María del Pino Alonso Ortega, a psychiatrist at the Obsessive Compulsive Disorder Unit of the Hospital de Bellvitge in Barcelona ​​and a member of the Spanish Society of Psychiatry, explains that having an obsessive disorder means experiencing “two types of phenomena: on the one hand, thoughts, images or impulses that are foreign to the patient, that he does not want to have and that tend to be repetitive”. At this point, she clarifies that these thoughts “are never of good things, but always have a threatening content, that something bad is going to happen.” The background may be the fear of contamination, the need to maintain order or the fear of attacking other people (often sexually), among other frequent reasons.

The other type of phenomenon is that of compulsions which, in the words of José Manuel Menchón, head of the psychiatry research group at the Center for Biomedical Research in Mental Health Network (Cibersam) and president of the Spanish Foundation for Psychiatry and Mental Health, are the acts that the patient “feels compelled to do to neutralise those thoughts or images that come to mind”. They can be motors, such as washing one’s hands for fear of getting dirty or contracting a disease, mental, when they consist of a good image that neutralises the bad one, or a phrase the affected person repeats mentally.

How to know if an obsession is pathological

“The important thing is to understand that everyone has intrusive thoughts or images throughout life and daily,” emphasises Alonso Ortega. Two types of signs help psychiatrists discern when it is a simple mania and when it has become a disorder: the discomfort it causes and the time it consumes.

Discomfort or level of anxiety

The existence of OCD can be suspected when the affected person’s discomfort becomes very extreme if they try to let go of their obsessions and compulsions. It’s one thing to say, “I’d go back right now to check if I locked my front door, but I have a meeting at work, and I’m going to be late.” And another is to return home and check if the door has been closed, knowing that it will be impossible to get to the meeting on time. “If I go with another person, I will not tell them that I am going to check if I have closed the door, but I will give them any excuse, such as that I have left something at home, says Menchón, who adds that “in practically 90% of the cases the person knows that it is something absurd”. So what happens to other patients is that they cannot finish things. So, for example, they go through an email repeatedly to ensure they haven’t written anything inappropriate. But, in the end, the work accumulates, and they cannot finish it. So their checks or rituals are becoming more complex, and failing to do them would cause them great anxiety.

The second red flag follows from the previous one. The affected person begins to lose too much time in these checks or ritual acts, such as washing or decontamination, to the detriment of other areas of his life. Experts agree that the limit would be one hour. However, when an individual dedicates more than an hour a day to these compulsive actions, it is when you can begin to think that it is OCD. According to Menchón, “these checks, rituals, the need to think correctly or the fear of attacking other people prevent normal functioning as a worker, husband, partner or parent .”

How to detect OCD in children

OCD has two peak ages of onset: one in children, between 8 and 12 years of age, and another in youth, between 18 and 25. A member of the Spanish Society of Psychiatry points out that in the little ones, the first warning sign is usually “that they stop doing things they like because they are wasting a lot of time with rituals”. It can also be seen that their school performance deteriorates, and they do not have time to hand in their homework. “Just as adults often understand that what happens to them is not normal, children do not realise it.”

Minors have a common symptom: magical thinking, which is the idea that something terrible will happen if they do not do something. For example, “if I don’t straighten my shoes before going to sleep, mom is going to die”. The expert advises parents to pay attention to whether their children begin to perform “repetitive behaviours or that a child who loved to do something, like painting, now refuses to do it because he does not want to get his hands dirty and wash them.”

From the age of 10-11, the thought may also arise that they could sexually assault another child or that they could have a relationship with someone in their family. “It is usually at the moment when they begin to wake up hormonally.

Menchón considers early diagnosis crucial, but it is also essential not to be too alarmed. “It is common for children to perform repetitive behaviours, such as touching something several times.” Sometimes there is magical thinking in the background, but many other times, there is not. “Faced with these behaviours, you have to ask him and give him the confidence to express himself. Without being punitive and downplaying it, “advises the psychiatrist. But if these behaviours become more complex and the child is very affected, worried and distressed, “then it is possible that it is worth discussing it with a specialist to see if he needs any specific intervention.” The key is whether it is behaviour that significantly alters the minor’s functioning of the minor and they cause psychological distress.

Previous articleWhat is diabetes, how nurses care diabetic patients
Next articleHow to make caramel sauce for cakes, pies and desserts